Send Brian a message at brianpfarr@ffmbank.com

Brian Pfarr is the President and Ag Lender for First Farmers & Merchants Bank in Le Sueur, MN. In 2008, he was named Manager of the year for the Short Companies. Colonel Pfarr has been a MN National Guard Member for more than 28 years and recently finished the US Army War College Fellowship Program at the Scowcroft Institute in the Bush School of Government at Texas A&M. He is a member and Past Commander of the Le Sueur American legion post #55, a member of the Le Sueur VFW post # 4297 and a member of the Le Sueur Lions Club. Brian is active at St. Annes Church in Le Sueur where he lectors regularly and is a past School Board member of Le Sueur-Henderson Schools ISD 2397.Brian and his wife Kristan have 2 adult children that are in college.

Send Terry a message at terrymattson@ffmbank.com

Terry has been in the banking industry since 1977. His specialty is Ag and Commercial lending, but he also does consumer and some real estate lending. Lending has always been Terry's main focus, but he did serve as a part time Internal Auditor, Compliance Officer, Operations Officer, and Marketing Officer, and did maintain a Certified Compliance Officer and Certified Internal Auditor Certification for many years. His main hobby away from work has been motorcycling, followed closely by home building and home renovation.

Send Terry a message at chrisberndt@ffmbank.com

Chris Berndt is a life-long resident of the Le Sueur-Henderson area and started working for First Farmers & Merchants bank in 2017 as a Customer Service Representative. She has been in the banking industry right out of high school as a teller and eventually into the bookkeeping department. She is married to her high school sweetheart, Dan and they have three children, Kelsey, Zachary and Brody. She enjoys spending time with family, attending her kid’s sporting events, cooking/baking, listening to music and enjoys watching all Minnesota sports teams. She is an active member of St. Joseph’s Catholic Church where she is a Lector and Eucharistic Minister She volunteers her time at Le Sueur-Henderson Schools, Dollars for Scholars, a member of the World’s Best Workforce Committee and an After-Prom Committee volunteer. It is very important to Chris to give back to the community in which she was raised. If you have any lending needs, please reach out to Chris! 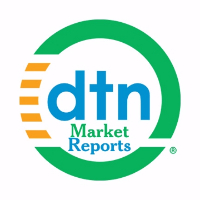 Check out the Market Reports

Please select your location to begin.

This selection will set a cookie for a specific banking region. This location cookie customizes the landing page, the online banking setup, and where loan forms are submitted through the website. Online Banking logins may not function properly until the correct location is set. You can change this regional selection with the dropdown in the footer of each page.